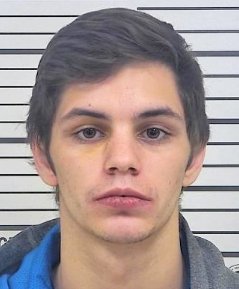 A Kansas City man has been sentenced to 25 years in prison for an armed robbery in Platte County. Marqus Wilson, 22, received the sentence after a jury convicted him in October of first degree robbery of the Waffle House near KCI Airport.

“This sentence again sends an important message: If you commit a violent crime in Platte County, you will face decades in prison,” said prosecuting attorney Eric Zahnd.

Upon arrival, employees told officers that two masked suspects came into the restaurant demanding money. One of the suspects was armed with a gun and the other — later identified as Wilson — was armed with a knife.

During trial, an employee testified that when a coworker told the masked suspects the gun appeared to be fake, the gunman pointed the gun at a wall and shot off a round. Wilson then jumped onto the booth next to the register and said, “We’re on meth. Just give us the money. I’ll kill you.”

The victim also testified Wilson swung the knife at her face. The suspects were handed approximately $300 and fled the scene.

Wilson initially told detectives that he was not involved in the robbery before offering a confession in which he identified his accomplice.

Judge Thomas Fincham sentenced Wilson to 25 years in prison for robbery in the first degree. Wilson must serve 21 1/4 years of the robbery sentence before he will be eligible for parole.

“Fortunately, no one was physically injured in this robbery, but jurors heard about the deep emotional scars left on the victims as a result of this crime,” Zahnd said. “Criminals who brandish weapons in Platte County should expect to pay a heavy price.”